At this time the postal service in Canada was under the control of the British government. It was assumed that Brooklin and Columbus opened co-jointly in order to make the one route profitable. Mail first reached Whitby by stage coach on a route that ran from Toronto to Kingston, which was then delivered to Brooklin’s post office three times a week by the first carrier Mr. Thomas, who was paid the princely sum of 15 pounds a year for his troubles. The charge to customers for this delivery was paid at a fixed rate as postage stamps weren’t used until 1851.
In 1847 the first Brooklin Postmaster was E.J. Ware, who was followed by Reverend Robert Darlington in 1853. The Post Office in 1854 was the Hunter-Darlington House, at 42 Cassels Rd. This building has been designated under the Ontario Heritage Act and is possibly the oldest house in Brooklin. (see photo) The building housing Brooklin’s 2nd Post Office, located at 55 Baldwin St., was built in 1860
In 1881 Mr. R.T. Harrison became Postmaster, who was then followed by Mr. A. Somerville in 1888. From 1888 until 1928 it was operated in David W. MacDonald’s Store (see photo). G.W Rodd was Postmaster until 1929, followed by his son Stanley Rodd until 1968. The Goodberry store is in this location today. Roy. D. Connell in 1968, T.I. Riley until 1973, Milton E. Spears in 1973, Mrs. M. Peacock until 1974. R. Walker is the last recorded name.
On October 10, 1908, rural delivery began with A. Hannom as the first mail carrier, who was followed by M. Ross. In 1947 B. Hannam took over the route, then in 1962 Mr. and Mrs. Wilman delivered mail until 1978. By this time RR#1 Brooklin encompassed a 60 mile drive for the mail carrier who delivered to approximately 565 customers.
Brooklin’s 3rd Post Office was built in 1964 at 2 Price Street. Before Community boxes arrived residents would meet at the Post Office to chat and catch up on the news. Although Brooklin now has numerous postal codes, residents may still remember the first one, L0B 1C0.
Tweet
William John Medland was a true native son of Brooklin. He was born October 24, 1900. On April 20, 1927, Bill married Etta Pearl White, a country girl born December 17, 1903. Together, they lived at 26 Queen Street, where they raised their son, John. Once grown, John, his wife Jean and eventually their children worked with Bill in the Medland family business.
Starting out as a painter, Bill was later employed by Patterson Dairy. He worked at the creamery until 1941, when he purchased the livery stable at 6 Campbell Street, beside the Brooklin Hotel. The hotel eventually became the present day Royal Canadian Legion #152. From this location, he operated W. J. Medland and Son Feed Store.
Local farmers bought their seed from Bill and homes were heated using his coal. He made a point of ensuring that families who couldn’t afford to pay did not go without heat. In 1970, Bill sold the coal business to Dixon Fuels in Oshawa. The old building was eventually demolished in 2001 to make room for a small plaza.
Bill and Etta were loved by many and highly respected in the Brooklin community. In 1948, Bill was named Master of Mount Zion Masonic Lodge #39 and was later presented with a 60 year pin. Etta herself was a Master of Contract Bridge. After 58 years of marriage Bill passed away on August 21, 1985. Etta followed shortly thereafter on May 20, 1986. The couple are buried in Groveside Cemetery. 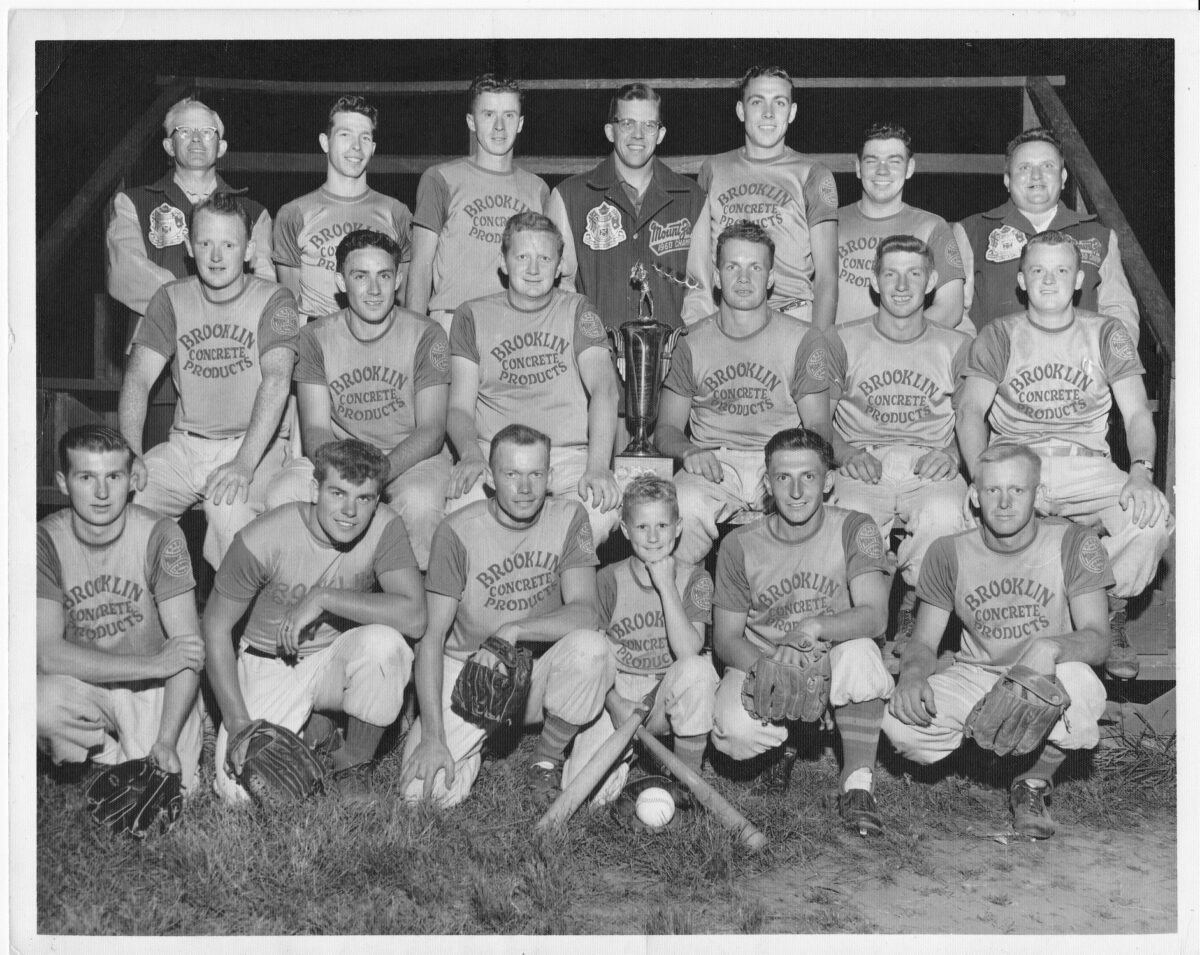 With thanks from Town of Whitby, here is an excellent introduction to Brooklin’s past.

This picture was taken just after the designation. You can see the plaque on the iron fence. ... See MoreSee Less